skip to main | skip to sidebar

home sick... that's where we've been all week. i know most of the country is snowed in and going stir crazy to get out and about again. i feel ya! it's just too cold to get out here, and with half of us still sick we haven't wanted to be out spreading germs. come on spring weather!

Cooper found it fun to string buttons on yarn. most of the week has been spent playing the Wii, watching a few cartoons, and pleading their case for time on my computer or iphone.

Corbin talking non stop. he feels great so he's still busy telling us something all the time. and playing the Wii only after insisting he has the number one remote.

weatherman is predicting snow in central Texas today. the boys are anxiously awaiting their first taste of a snow flake or two. on Monday they had their first treat from the ice cream man. yeah, it was a warm 75 degrees that day. they chose Batman ice cream. but well of course they did! 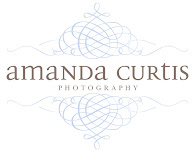 All images the property of aacurtis and family. Please do not use any without my permission. Thanks. Powered by Blogger.